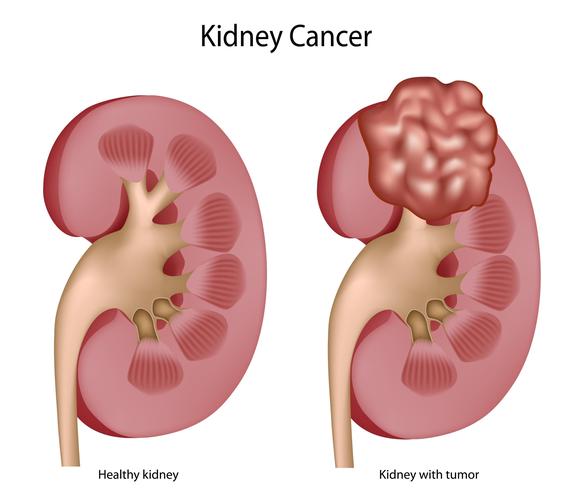 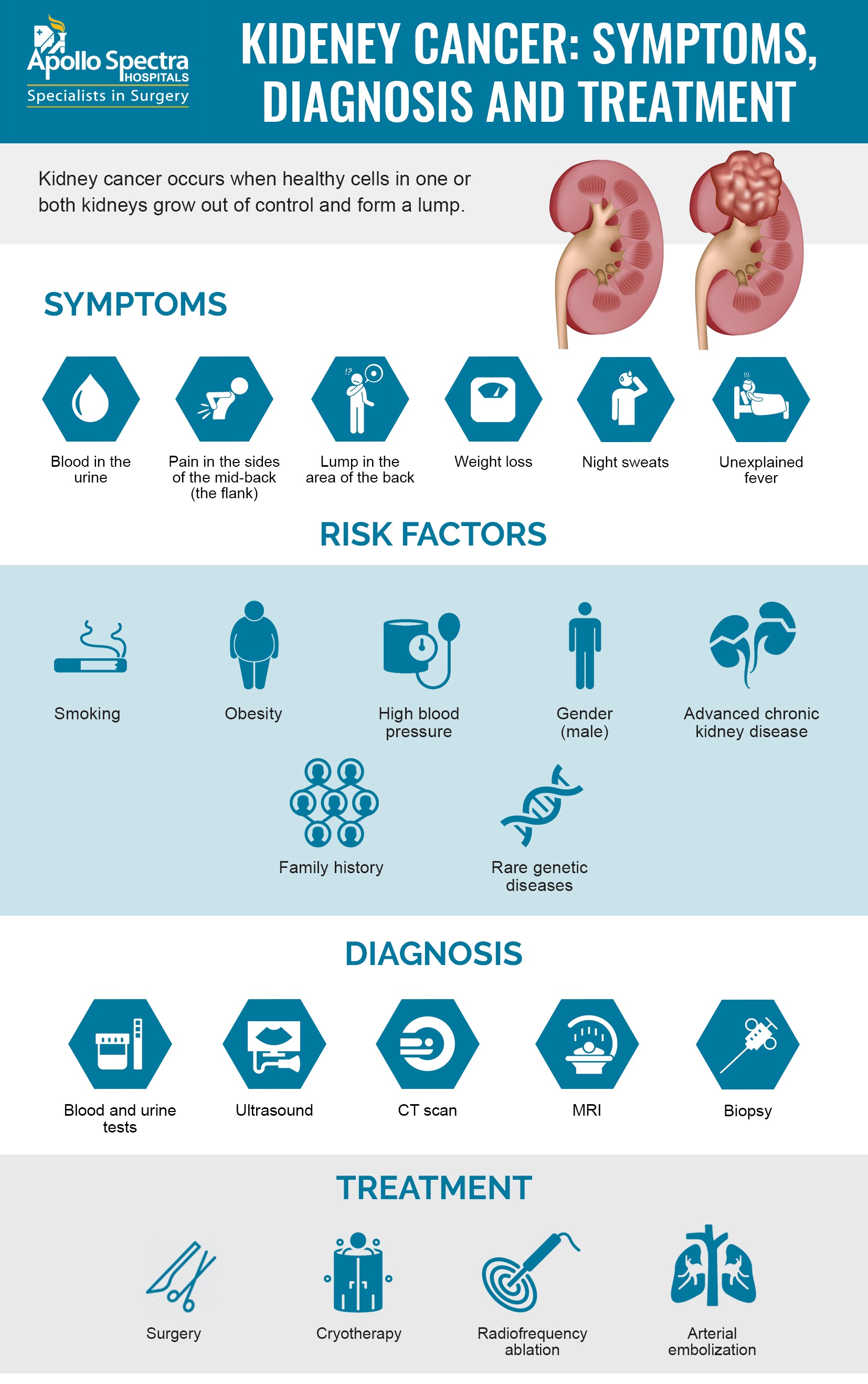 Also known as renal cancer, Kidney cancer is a condition that causes the kidney cells to become cancerous, have an uncontrollable growth and form a tumour. Nearly all kidneys initially occur in the lining of the tubules in the kidney. Such type of cancer is called renal cell carcinoma. Fortunately, in most cases, kidney cancer is recognized before it spreads to other organs. Cancers can be treated more easily if they are caught early. The tumours might advance before being detected.

The kidney is an important organ located on each side of the spine, in the lower abdomen. It serves the primary purpose of cleaning the blood, making urine and removal of waste products.

While the exact cause behind kidney cancer is unknown, there are certain factors that can make you prone. As an example, the disease most commonly occurs among people aged more than 40 years. Some knew risk factors include:

If you have these risk factors, it doesn’t necessarily mean that you will be getting kidney cancer. At the same time, you can get the disease despite not having any of the risk factors.

In several cases, kidney cancer doesn’t show symptoms in the early stages. The symptoms start appearing with the tumour growing larger. Some common symptoms of kidney cancer include:

Kidney cancer may also show the following symptoms if it ends up spreading to other parts of the body:

How is kidney cancer diagnosed?

During the physical examination, the doctor will check for lumps on the side and abdomen. The doctor will also check for high blood pressure and fever and ask you about your past illnesses, health habits and treatments you have undergone. For confirming the diagnosis, your doctor is likely to order on or more of these tests:

Different treatment options are available for kidney cancer, with surgery being the first step in most cases. Following surgical procedures may be used:

If surgery is unsuccessful, other options like cryotherapy, radiofrequency ablation, and arterial embolization might be used for destroying the tumour.