The branch of medicine that deals with the function and disorders of the urinary system and the male reproductive system is called urology.

A urologist is a medical specialist who treats diseases of the male and female urinary systems and the male reproductive system. 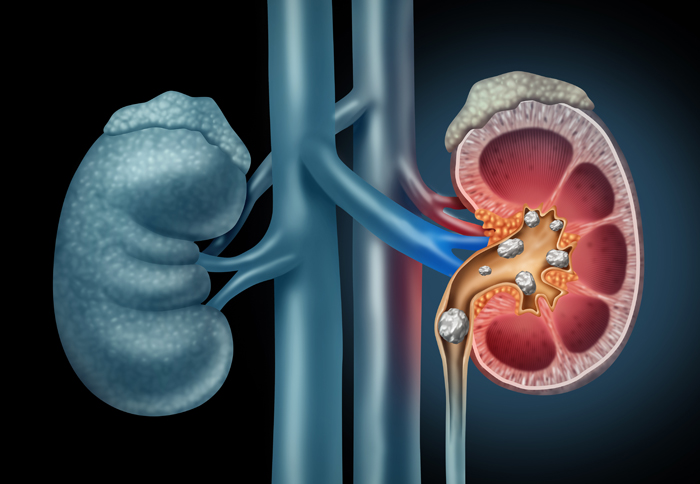 How can a urologist help you?

Your urologist in Nehru Enclave will explain your vital signs, including blood pressure, weight, and cholesterol level. Early detection is the key to a better treatment plan and will help you prevent serious diseases later in life, such as bladder cancer or prostate cancer.
At a certain age, both men and women may encounter urological symptoms that they are likely to overlook. As you become older, a urologist can help you with the following areas of your health:

What are the common urological conditions?

Here is a general list of conditions treated by a urologist:

There are many other urological conditions, associated with these health concerns, that urologists treat.
If you have a urological health problem that needs to be addressed,

What are the common procedures performed by a urologist?

Do urologists care for both men and women?

Yes. Urologists provide care for both men and women of all ages.

What exactly is urology?

Urology is a speciality that deals with urinary tract ailments in both men and women as well as with male reproductive system problems.

Is there anything new in the treatment of female urine incontinence?

Yes. The new tension-free vaginal tape is one of the several new devices and treatments available for addressing incontinence. 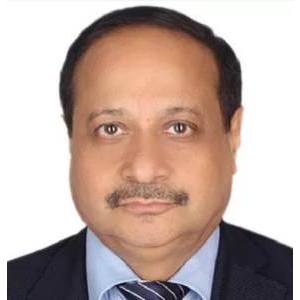 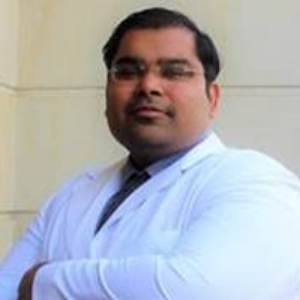 My name is Aalahuddin and I was treated at the Apollo Spectra, Kailash Colony for the problem of kidney stone. I think I have never come across a doctor like Dr. R.L. Nayak in my life - he is extremely friendly and excellent at his job. He helped me understand the intricacies of the kidney problem that had me crippled for a long time.... 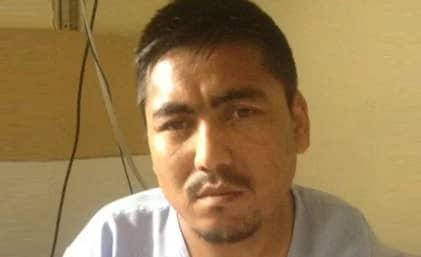 My name is Abbaz Razai and I am from Afghanistan. I learned about Apollo Spectra Hospital from Ubaid Solehi. I underwent a left varicocelectomy treatment at Apollo under Doctor Ashish Sabharwal. The staff, including doctors and nurses at Apollo, are great. However, I would suggest the hospital improve their canteen service. More staff must be hired in the canteen to ensure an efficient service. In... 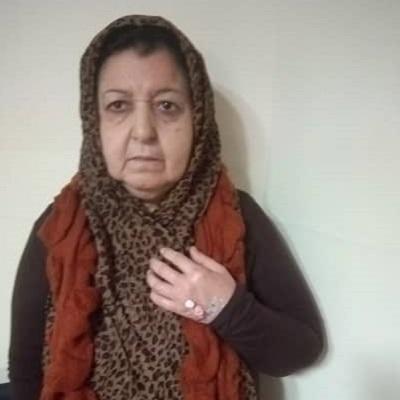 My mother was admitted to Apollo Spectra for a surgery under the care of Dr. Ashish Sabharwal. An excellent doctor that he is, the surgery went on smoothly. The front office team were very helpful and swift during the admission process. The staff members took excellent care of my mother. They provided timely service, which is definitely appreciated. Thanks to the housekeeping staff, the rooms, was... 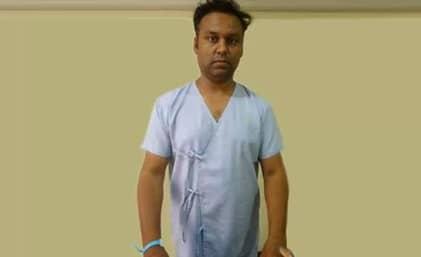 My name is Amit Kumar. I am from New Delhi. It was good to be treated with professionalism and care and I would say that the doctor and all the other employees at the Apollo Spectra made me feel that I was in safe hands. A big thank you to all of them. I would definitely recommend it to my friends and family members.... 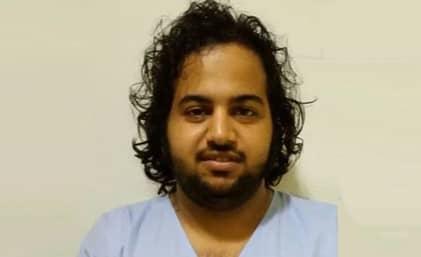 I am Anad Mohammed Hamood and I come from the Sultanate of OMAN. I underwent a treatment for Left Varicocele at Apollo Spectra Hospital, Kailash colony, and was treated by Dr Vineet Malhotra. The Apollo Spectra is a great hospital with very helpful and compassionate staff. I am thoroughly satisfied with my experience here. Thank you... My name is Chunnilal Bhat and I am from Jammu and Kashmir. I was experiencing complications with the proper functioning of my kidneys for the past one year. This is when I decided to undergo a treatment and consulted Dr Anshuman Aggarwal regarding the same. He referred me to the Apollo Spectra Hospital for the treatment of TURBT. Apollo Spectra provides utmost service and deserves a 10/10 rating. ... 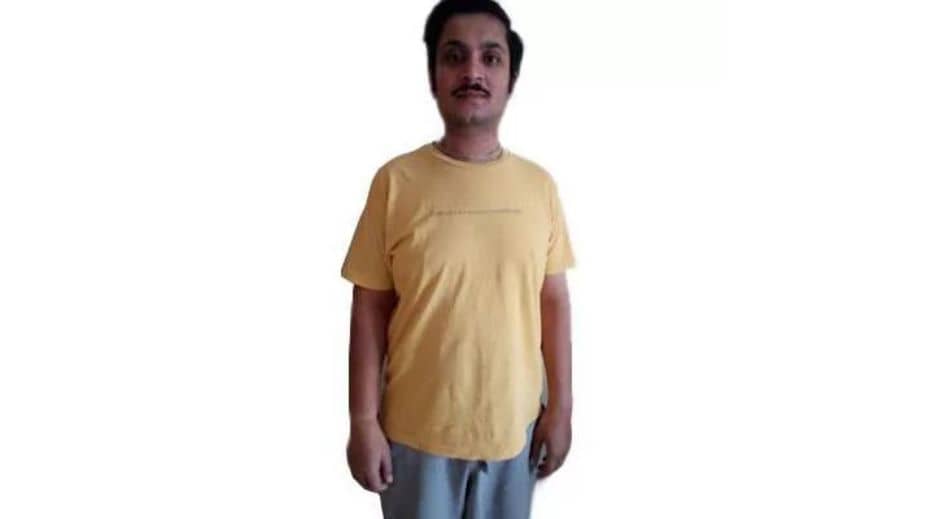 I know Dr. R.L. Nayak for quite some time. I found some blood in my urine last week. I reported the same to Dr. Nayak. He called me here for an ultrasound on 7th Nov. 2017. The doctor who did my ultrasound was very nice and the staff behaviour was excellent. Dr. Nayak is so humble and friendly. Though the finding was scary, he made the disease so small by showing his confidence & comfort that we f... When I got admitted to Apollo Spectra, initially I faced some glitches, such as unavailability of drinking water and extra bed for the attendant, and electric sockets were not working. However, post-complaint, everything was arranged according to my liking and the staff sorted out all the issues. It was commendable that everyone at the hospital was always ready to help. This was certainly a plus p... My name is Gurucharan Singh and I came to Apollo Spectra Hospital, Kailash colony for the treatment of my kidney infection and stone. We learned about Apollo Spectra through friends in other hospitals. They provided me the best service and attention I could have expected. The staff is very helpful and cooperative. I already have and will surely recommend this hospital to my family and friends in t... My name is Meenu Vijjayan and I am from Gwalior. I came to know about Apollo Spectra Hospital from my relatives. I got operated for Nephrectomy (lap), Kidney removal, under Dr Anshuman Aggarwal. My operation was successful and I am extremely satisfied with the services offered by Apollo.... During the course of my surgery and treatment at the Apollo Spectra Hospital, I discovered that all the staff including the nurses, doctors as well as the administrative staff at the Apollo Spectra Hospital was very caring and attentive to my needs. I am very thankful to the doctor who performed my surgery, Dr. Anshuman Agarwal, for successfully performing the surgery on me. I am feeling very ... Once I entered the Apollo Spectra Hospital, I was given a quality of treatment and care that made me feel like I was in very safe hands, under the guidance of some of the best doctors. I found all the staff at the hospital, including the nurses, front office and the support staff to be very nice, helpful and supportive. Dr. Anshuman Agarwal, who performed my surgery, is a very nice person, who tre... I was suffering from lower abdominal pain when our family doctor referred me to Apollo Spectra, Karol Bagh. When I came here, I was diagnosed properly and told that I needed total laparoscopic histoscopy. I felt that I got the right treatment at the right time at Apollo Spectra, Karol Bagh under the care of Dr. Malvika Sabharwal and Dr. Shivani Sabharwal. The hospital was humble and caring and... The ambience and the whole environment of the hospital is so good that you will feel like you are staying at a hotel of good reputation. They are one of the cleanest medical establishments that I have ever come across. The whole team was incredibly friendly and professional. Here, I was under the care of Dr. Rajiba Lochan Nayak. He is such a humble person. He was very kind and thoughtful. Also, th... My name is Nina, and I was suffering from kidney stones. I learned about Apollo Spectra Hospital through my relatives and came here for my kidney stone surgery. The staff at Apollo is friendly, well-behaved, and soft spoken. Given the wonderful treatment I received here, I would surely recommend Apollo Spectra care to my family and friends for their future treatments.... My name is Olvwatosin. I am 23 years old and got to know about the Apollo Spectra Hospital, Kailash Colony through a company namely MTM, in my home country, Nigeria. I came to India for Urethral Stricture treatment. Here, I was attended by Dr Vineet Malhotra. The doctor, as well as the staff here, is extremely friendly and helpful. The service provided by the hospital, in general, is outstanding. ...

have never come across a hospital, which is so clean. They have maintained the hygiene quotient of the hospital impeccably. My overall experience was more than satisfactory, and my entire stay was great. The staff made sure that I could relax and helped me relieve all the tension. I would also like to thank the nursing department for their commendable care and kindness. Thank you all for such an a... This was my first experience here at the Apollo Spectra Hospital, and I am as satisfied with it as could be. My surgery was performed by Dr. Ashish Sabharwal, who I found to be a very nice doctor, and an even better person. I would like to express my appreciation for all the staff including the nursing staff and the staff at the front desk for all the help that they provided to me during this ti... My name is Sunil Ahuja and I came to know about Apollo Spectra Hospital, Kailash colony through Dr Ashish Sabharwal. I came to Apollo Spectra for the treatment of kidney stones. The services provided were average. The doctors are really good, however, the nursing staff is average and need some improvement. However, I would still recommend this hospital to my family and friends.... I was admitted to the Apollo Spectra Hospital following investigations and tests conducted on me. I had Cyst Surgery performed on my left shoulder. This was the first time I have been admitted to any hospital. Before the arrival of my doctor in-charge, Dr. Atul Peter, the nurses and other support staff was tending to me and even though my doctor had not arrived yet, I felt safe and that I was in... 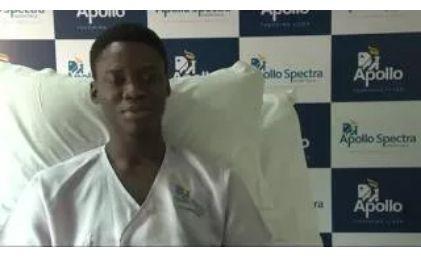 A patient found relief from his urological problem at the Apollo Spectra hospital in Kailash Colony, New Delhi. He strongly recommends Apollo Spectra to anybody who wants help with their health issues. ...