If you are someone who experiences a lot of nose bleeding, sinuses and do not know what is causing it, then this might be the right place to start. Usually, a deviated septum is a congenital condition. Yet, it might occur later as an accident or injury. Sometimes we are not aware of the injury. It is only when you start facing issues you realize that it might have to do with your injured septum.

WHAT IS A DEVIATED SEPTUM?

A thin wall of cartilage and bone exists inside the nose separating the two nostrils called the septum. When the septum is not at the center, is crooked, or deviated to one end, the condition is called a deviated septum.

Deviated septum makes one side of the nose, smaller in size. This difference in size changes the normal airflow in the nose and blocks one side of the nose. As the airflow pattern changes, it can cause the air to make the skin of the nasal passage dry, causing bleeding.

Most people are born with a deviated septum, and hence, there is not much to worry about. However while growing up or in your adult years, if you face trouble breathing, experience nose bleeding, sleeping issues, then it is better to get checked for a deviated septum.

What are the symptoms of a deviated septum?

Usually, deviated septum does not cause any problem in most people. But in other cases, you might experience the following:

If you don’t understand what is causing your constant nose bleeding and sinuses, then it is time you consult a doctor in Jaipur. Do not take any kind of discomfort related to your nose lightly. If you face any of these as well, book your consultation right away.

What are the causes of a deviated septum?

Although most people do not have a perfect septum, a deviated septum can occur because:

What are the risk factors of getting a deviated septum?

Congenital factors do not change over time. Some of the risk factors might be:

What is the treatment for a deviated septum?

As it is very common most people do not require treatment for it. For symptoms like post-nasal drip and stuffy nose, decongestants, nasal sprays, antihistamines will come to the rescue. If a deviated septum is causing trouble sleeping, then doctors at Apollo Spectra, Jaipur may recommend surgery like:

How to prevent deviated septum?

You cannot prevent the congenital deviated septum, but you can prevent some accidents that cause it. You can ensure this by:

It is one of the smallest parts of the human body, yet it is very sensitive. We may not give a lot of importance to it. But a small issue of the septum can make you suffer. If your issues get serious and become continuous it is best to book a consultation.

Can a deviated septum cause heart problems?

A deviated septum might look like a small injury but can affect the body as a whole. The flow of air gets changed because of a deviated septum. This deviation affects the oxygen intake of the lungs and causes respiratory and heart diseases.

Can a septum piercing cause a Deviated Septum?

No. Mostly, a proper septum piercing pierces the fleshy membranous part between your nostrils, and not actually the cartilage in your nose.

A deviated Septum surgery can last approximately from 30-60 minutes but, if rhinoplasty is combined with the surgical procedure, it can extend to 90-180 minutes. These surgeries do not take much time like the other major surgeries. 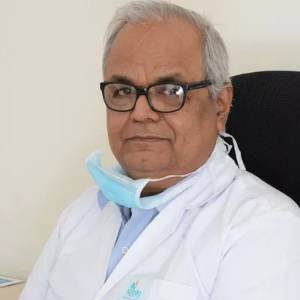 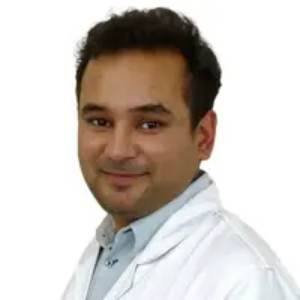