A woman's reproductive system is prone to Gynecology cancer. There are many regions where cancer cells can develop easily. However, due to the menstrual cycle, the symptoms might go unnoticed.

What is Gynecology Cancer?

Gynecology cancer is a collective term used for cancer affecting the reproductive organs of women. It covers all the parts that are prone to cancer: uterus, cervix, ovaries, vulva, vagina.

Every type of cancer that comes under gynecology cancer has different symptoms and treatment methods.

Types of Cancer that comes under Gynecology Cancer

Gynecology cancer targets the reproductive organs. Therefore, it can affect any part of the pelvic region. It is classified into six types of cancer:

One of the most common types of gynecology cancer is uterus cancer. It is of three types:

Out of all these subtypes, Endometrial cancer is the most common as well as the most easily treatable type of cancer.

Some of the risk factors that increase the chances of having uterine cancer are obesity, diabetes, hypertension, and using estrogen without progesterone.

Cervical cancer is another commonly found gynecology cancer. It is hard to detect until it reaches an advanced stage, where it becomes hard to cure.

Cervical cancer is responsible for most cancer-related deaths. The only way to detect it in an early stage is through regular cancer screening.

Ovarian cancer is also a common type of gynecology cancer in women. It is of three types:

Women are rarely diagnosed with vulvar cancer. It targets external female genitalia and is easily detected at an early stage.

In contrast to its rarity, it is easily curable. Radical surgery works in most cases. The risk of having vulvar cancer increases with age.

This rarest form of gynecology cancer usually affects older women. It is detectable and easily curable just like vulvar cancer.

The risk of having vulvar cancer increases with age. HPV infection is another main culprit of vaginal cancer.

GTD is a group of pregnancy-related tumors. It is very rare and highly curable. Despite being rare, it is important that you get a diagnosis during pregnancy.

Every type of gynecology cancer has different symptoms, risk factors, and treatment methods.

What are the Causes of Gynecology Cancer

In case of any cancer, it is not advised to take OTC medication or any self-care treatment. As soon as you are diagnosed with cancer, you should visit your doctor in Jaipur without any further delay.

The specialists at Apollo Spectra, Jaipur will suggest the course of treatment you should take depending on your condition. Quick action can save you from a lot of pain and discomfort.

What are the Treatment Options Available for Gynecology Cancer?

Gynecology cancer treatment varies from person to person. It depends on the type of cancer, symptoms, and stage of cancer. There are three major cancer treatments. In some cases, the patient has to undergo a combination of more than one type of treatment.

The most prominent cancer treatments are:

All women should go through regular check-ups because Gynecology cancer is hard to detect. Also, you should not ignore any irregularities in your menstrual cycle.

How does Gynecology cancer affect our body?

Just like any other cancer, gynecology cancer can become life-threatening if the symptoms are ignored for a long duration. The cancer cells will keep expanding and disrupt the vital processes of your body.

Yes, gynecology cancer can be cured with the right treatment at the right time. You should prefer a gynecologic oncologist instead of a regular doctor for a better treatment plan.

How fast does Gynecology cancer grow?

After the cells around the pelvic region go through abnormal changes, it takes years to grow into cancer. If it is detected at an early stage, the treatment is easy to follow. 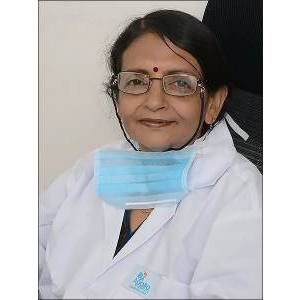