Scar revision is a plastic surgery that is carried out to improve or reduce the appearance of the scars by blending them in with the skin tone.

Scars are found anywhere in the body. They can occur due to any of the following reasons:

Scar revision is done to restore the functions and alter the change in the skin such as disfigurement. 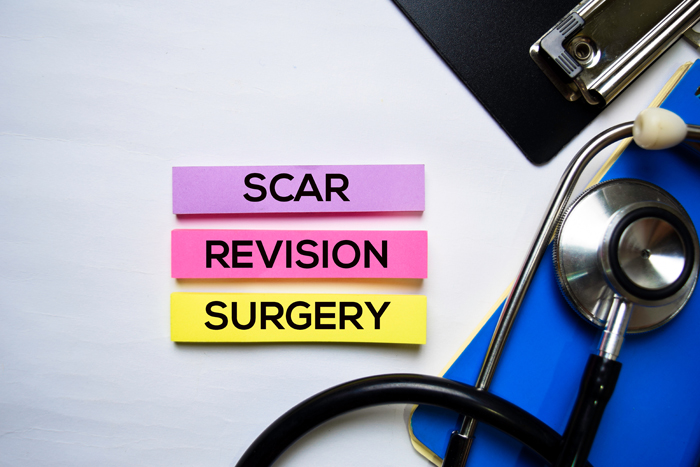 How is Scar Revision Surgery Performed?

The techniques of the scar revision are chosen based on the type of scars. The types of scars and their procedure are as following:

These scars go away and improve on their own. There is minimal to no requirement for the treatment. Minimal treatment may include steroidal injection, medications, and freezing.However, if the scars keep recurring or there is an abnormal or no reaction to the steroids, then surgical treatment is preferred. During the procedure, the surgeon at Apollo Spectra, Jaipur will administer general anesthesia. Then, they will remove the excess scar tissues or reposition the incision giving it time to heal and appear less visible.

Initially, these scars are treated with steroid injections to reduce the size. If the scars do not respond to the steroidal injections, the doctor might recommend a surgery to remove them.

Who Are the Right Candidates for Scar Revision?

Scar revision is a harmless and common treatment for any age group. The people who are suited for the scar revision are:

What Are the Benefits of Scar Revision?

The benefits of scar revision include the following:

What Are the Side Effects of Scar Revision?

Here are the side effects of Scar Revision:

What is the typical recovery time for a Scar Revision?

Recovery time will depend on the extent of scar revision.

How long before I can return to work after scar revision?

Depending on the extent of scar revision, most people return to work within a couple of days.

Depending on the extent of scar revision, most people return to work within a couple of days.

No scar can be eliminated permanently. The Scar revision procedure can help with color mismatch, poor lines of orientation, contour irregularities, and raised or depressed scars.