A man is said to have erectile dysfunction if he has difficulties in getting or maintaining a firm erection on a regular basis. As a result, his ability to engage in sexual activities is hampered.

With most men, there are occasions when they find it hard for their penis to get erect or stay firm. However, in case that happens too frequently or over a course of time, erectile dysfunction can be a matter of concern.

More commonly known as impotence, ED or erectile dysfunction interferes with the ability to have a satisfying sexual encounter for both the partners involved. For men, in particular, it can have an impact on their self-esteem. ED is actually a common occurrence among men. However, those who seek to treat it usually find relief to a certain extent. 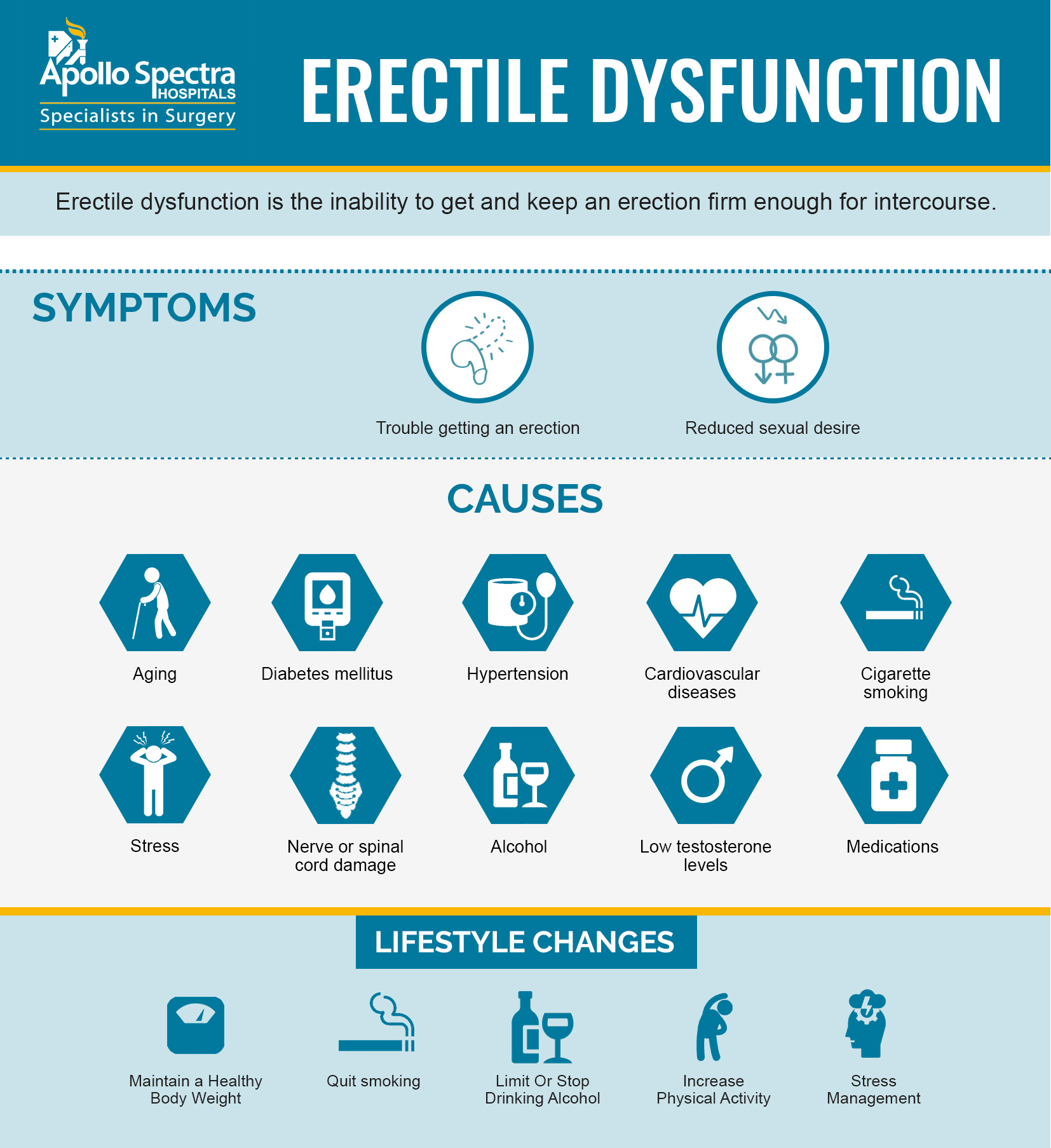 You should consult a physician if you are facing erection issues on a consistent basis. He/she will be able to determine whether the issue is caused by a physical factor or a psychological factor.

Erectile dysfunction is often caused when there is an issue with the flow of blood, and atherosclerosis is one of the most common causes of it. The condition can cause the arteries in the penis to clog or narrow down, thus preventing the flow of blood required for penis erection.

Certain prescription medications can also be a cause of erectile dysfunction.

If you are taking prescription drugs, you need to consult your doctor before changing or stopping your medication.

These psychological factors range from mental health illnesses that can be treated to the emotional state of the individual that can be experienced at times.

It is worth noting that there is a possibility of both psychological and physical causes overlapping to result in erectile dysfunction. As an example, obesity can result in changes to blood flow, thus affecting the ability to maintain an erection. At the same time, a psychological factor like low self-esteem can also contribute to the erection problems of the concerned individual.

Fortunately, there are ways to treat erectile dysfunction. A good place to start would be to quit poor lifestyle habits and choose healthier options. In most cases, healthcare professionals prescribe medications for treating the issue. Some common ED medications include:

These medications work to increase the flow of blood to the muscles by smoothening muscles around it. As a result, there is enough blood flow when sexually stimulated, making it easier for the man to achieve an erection and maintain it.

If you have a heart condition and are taking nitrates for treating it, you shouldn’t take ED medications with it. Combining these medications can potentially cause your blood pressure to drop all of a sudden. Always consult your doctor before taking these medicines.