The procedure by which a deformed bone that is twisted or bent is corrected is known as the correction of deformities. The deformed bones are straightened and aligned properly to restore their function.

There are two types of the way by which correction of deformities can be performed. 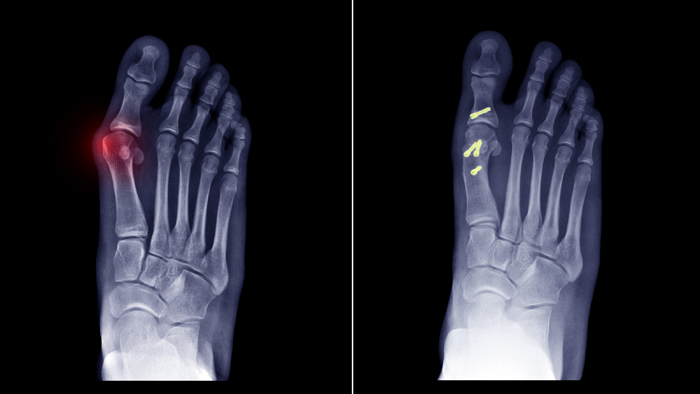 The bone is cut to form two separate bone segments, this procedure of cutting the bone is known as osteotomy. After this, your doctor will straighten the bone and position it correctly. Then the doctor will insert devices to hold the bone in the correct position while it heals. These devices are nails, rods, or metal plates. Once the bone heals the inserted devices are removed. This is done by performing a second surgery.

After the operation, the doctor will tell you how to adjust the fixator for gradual straitening of the bone. This process is known as distraction. Thus the two bone segments are pulled apart and gradually straightened while new bone forms in between the gap of the bone. This newly formed bone is known as regenerate bone. During the gradual correction, the external device is adjusted many times a day so that the separation occurs slowly about 1mm per day. This helps in the constant growth of bone, muscles, nerves, and tissues. Physical therapy is needed along with a doctor visit for adjustment. The distraction process is followed by consolidation. In this, the bone slowly regenerates and hardens. Thus the bone is consolidated once it’s hardened and calcified. It takes one month in the distraction phase and two months in the consolidation phase.

What Devices are used in the correction of deformities?

The devices are internal and external and are used depending on the condition. Following are the deformity correction devices:

What happens if a gradual correction occurs slowly?

If the gradual correction of the deformity occurs slowly then the bone will heal before fully straightening. Premature consolidation can occur if the regenerated bone hardens before the treatment is completed. Thus the healing of the bone occurs before the alignment and straitening and it is detected by performing X-rays. Normally the separation is 1mm per day but when early consolidation occurs the separation is increased and done 2mm per day. In case the bone has consolidated totally, the bone has to be separated again by using surgical methods.

What happens if a gradual correction occurs quickly?

What are the two ways by which correction of deformities can be performed?
Who specializes in correcting deformities?