Rhinoplasty, more commonly known as the nose job, is the term used to refer to the plastic surgery procedure to reconstruct the nose. Rhinoplasty may be undergone to change the appearance of the nose, improve breathing issues, after an injury, or to correct any birth effect. This is one of the most common types of plastic surgery that people undergo. The nose is made up of bone and cartilage. Rhinoplasty may be able to change both the bone and the cartilage, along with the skin. When planning rhinoplasty, other aspects such as features of the face, type of skin around the nose, and the required changes are kept in mind. If rhinoplasty is being planned for a reason apart from a medical condition, then an appropriate age should be achieved before undergoing the surgery. 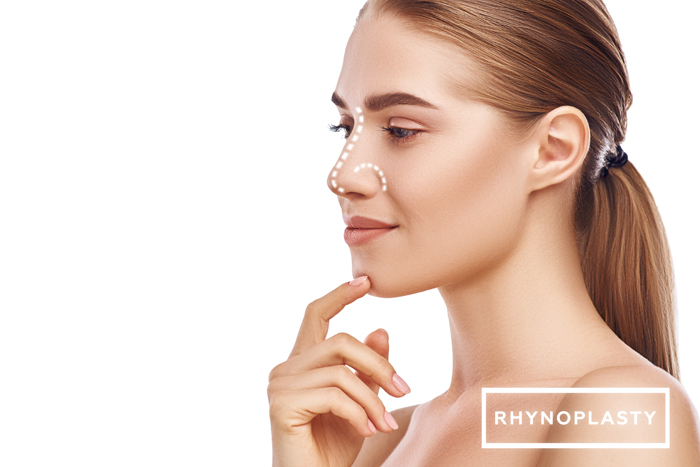 The possible changes that can be made through rhinoplasty are:

What are the types of Rhinoplasty?

There can be mainly two types of rhinoplasties:

Reconstructive surgery, wherein plastic surgery takes place to restore the shape and functions of the nose.

Cosmetic surgery, wherein plastic surgery is performed to change the appearance of the nose.

How do you prepare for the rhinoplasty?

The surgeon may take into consideration a few important factors before scheduling the surgery. These factors generally include the following:

What happens during the procedure?

Rhinoplasty can be scheduled in a doctor’s office, a hospital, or any other outpatient surgical facility, as recommended by the surgeon.

It comprises a simple process wherein a local or general anesthesia is given to numb the nose which also numbs the face, but you will be awake.

Cuts between and inside the nostrils are made which separated the skin from the bone or cartilage and then the reshaping of the nose is started. A bone graft or implant may be required to add more cartilage. The procedure takes about an hour to two to be completed. In the case of complex surgery, more time may be required.

What are the risks involved with rhinoplasty?

There are certain risks involved with rhinoplasty that can be listed as:

Is rhinoplasty a simple surgery?

No, rhinoplasty can be taken to be a complex and challenging surgery due to various factors making up for the surgery.

What is the recovery period of rhinoplasty?

Usually, a week after the surgery should be taken off from the work, as there may be severe swelling or pain which may take months to heal but will start getting better within a week. Normal activities can be resumed after a period of 3 to 4 weeks.